We reached the temple early in the morning 6:00 am as we had to leave for the Rann Utsav the same day.

The morning hours here was blissful as it was with very less people. The temple just opened and morning chores was going on. The winters of February was good enough to gives us jitters. We saw mostly women in the temple at this hour. Very few others who were either the temple caretakers were busy with their work. It was full moon day as you see below in one of the picture. The entire marble carved temple looked like a white beauty.

The door of the temple was huge and artistic. We also saw some architectural work close to the gate. We entered the temple, few women were chanting morning prayers.

There are two Swaminarayan temples in Bhuj. This is the new one. 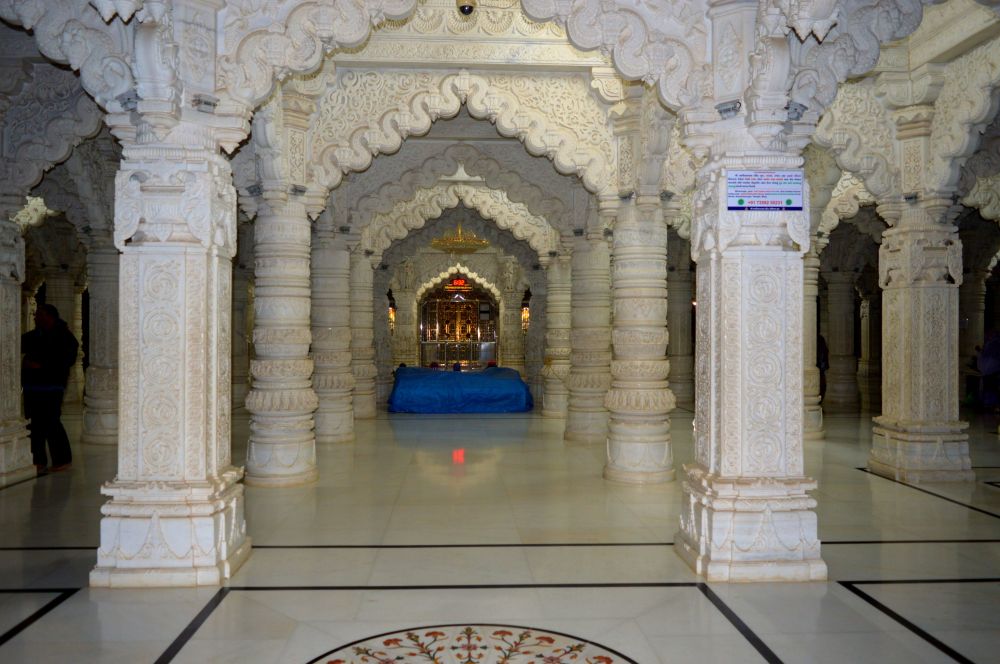 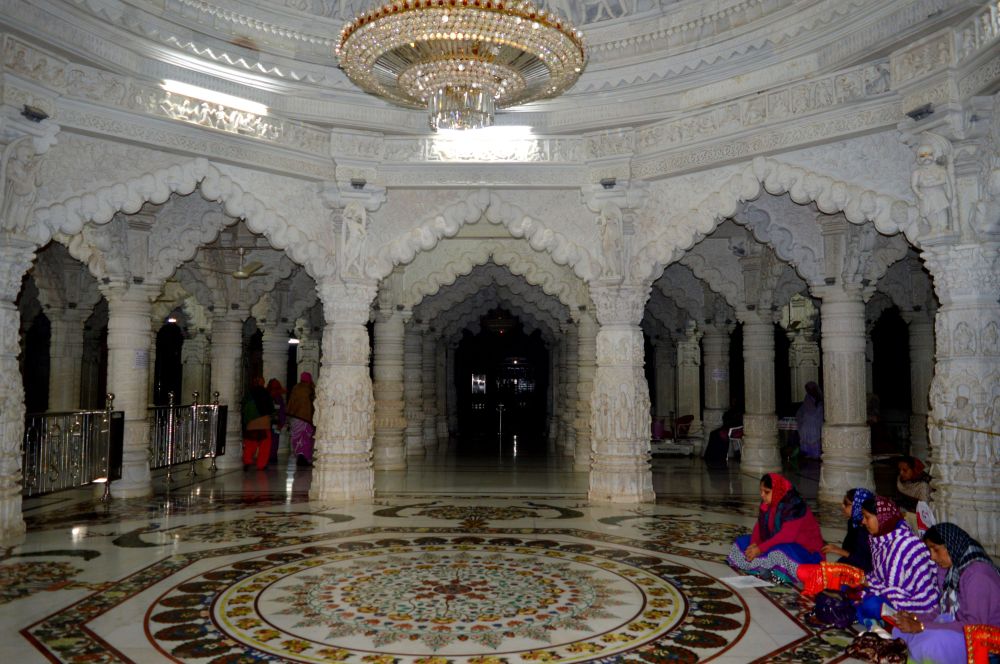 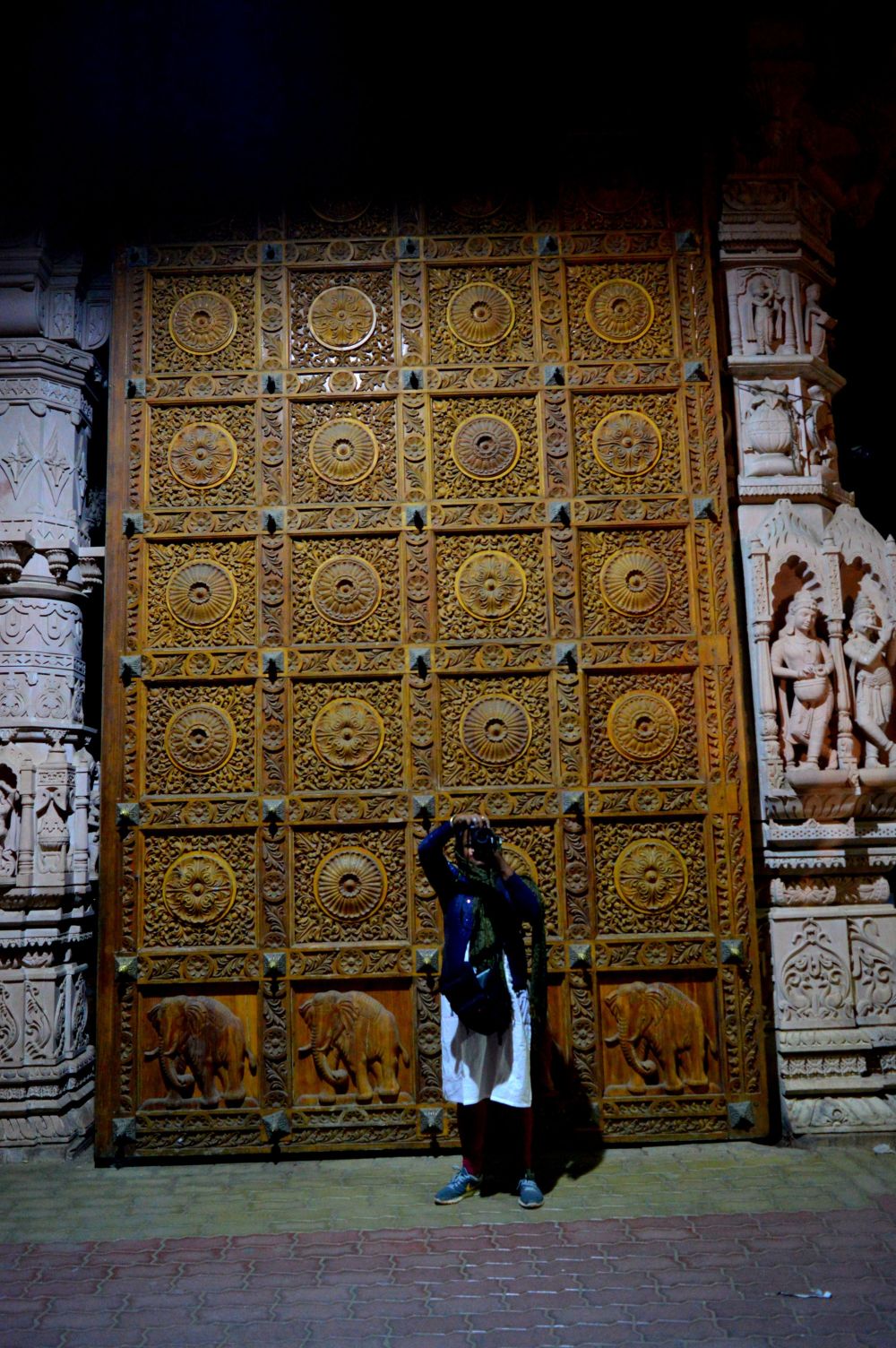