I have been living in Vadodara from more than 10 years now. Not being a temple person has left me with the options of exploring many temples which I have heard of but not seen. But recently I got to know about this very old Ganesh temple in the city which I never even heard of earlier. To my surprise, even some of my friends who grew up in the city did not see this temple.

More than 165 year old now, this Dhundiraj Ganpati Mandir lies in the city’s Wadi area. It is just in the middle of the old houses where people live and hence actually difficult to make out that there can be a temple here. No surprise why many people face difficulty locating it. It is known to be one of the oldest ganesh temple’s of Gujarat and perhaps the only one made completely out of wood. The carvings on these wooden pillars are amazing and colorful. The built up takes us to the era of maratha and gujarati style of architecture. This temple is placed with idols of his wives Riddhi and Siddhi and their children Labh and Laksh. The ‘moushaq’ which is usually at the feet of Lord Ganesh is placed on marble pedestal outside the temple. It also has a small fountain and a little garden with few trees. I loved the orange and blue colors of the temple. The temple is surrounded with very old looking deserted houses.

Gopalrao Mairal, who was a diwan during the rule of Gaekwad, constructed the two-storeyed temple. Looking and going around this temple we can easily make out that its struggling to maintain its age-old existence and has not been able to derive the due attention.

I was able to take all pictures below from the Heritage walk  organised by the Vadodara-Baroda City group which keeps on arranging walks to the different Heritages of the City. We attended the aarti here which usually takes place every morning at around 7:45 am and spent close to an hour. 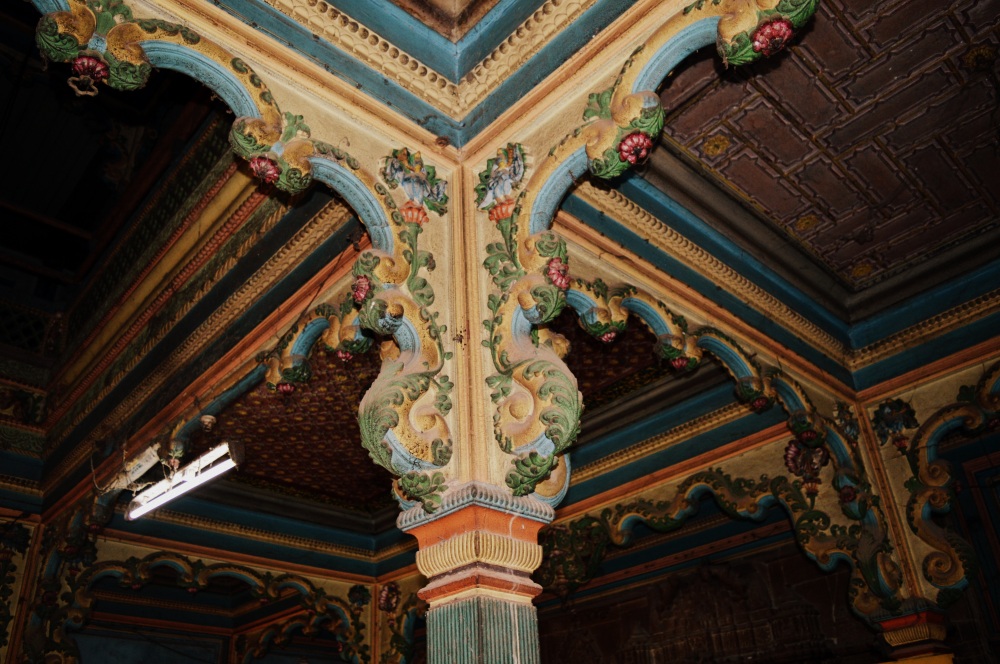 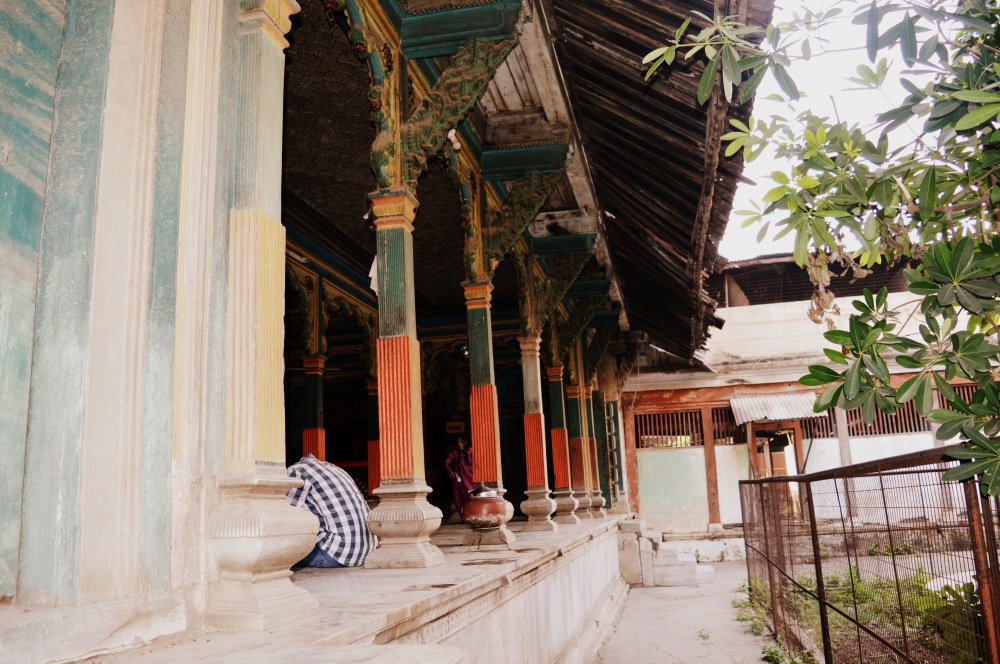 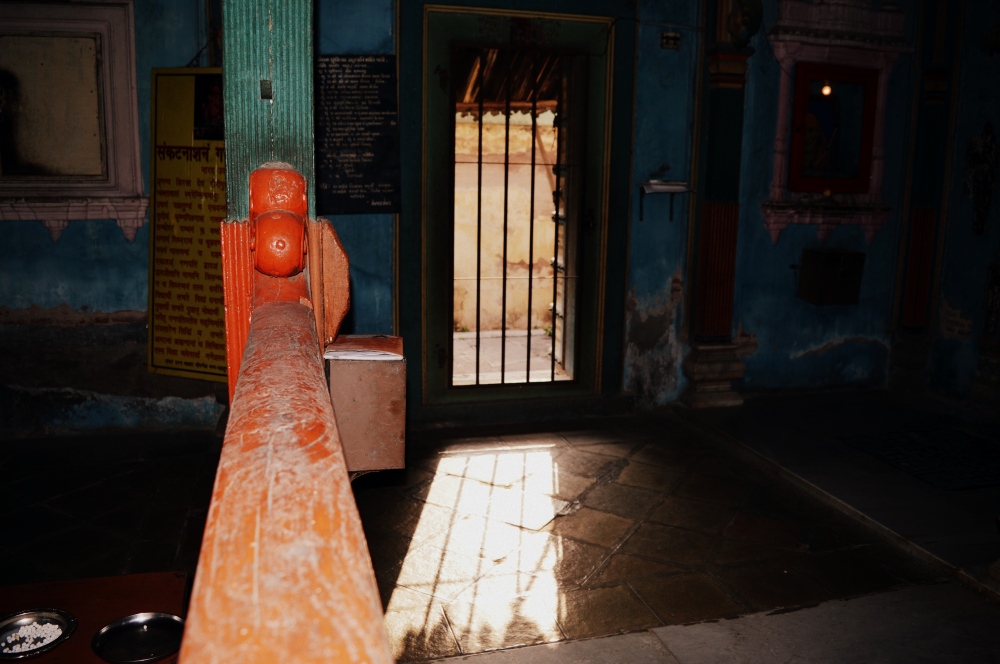